Recovering from A brain tumor AND radiation, Grayson Chapeau can once again enjoy ping pong, dancing – and life. 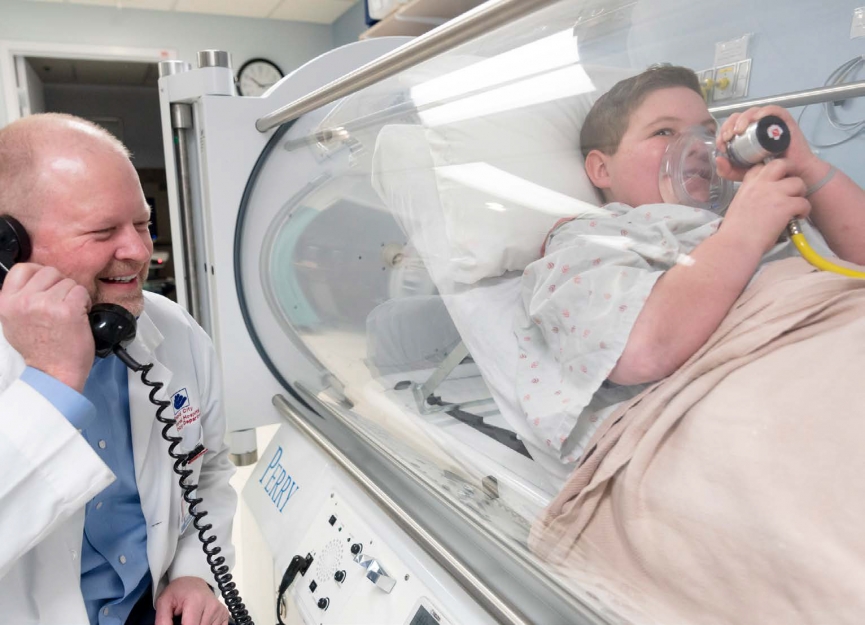 Recovering from A brain tumor AND radiation, Grayson Chapeau can once again enjoy ping pong, dancing – and life.

In October 2014, Grayson Chapeau of Spearfish was diagnosed with an astrocytoma, a malignant tumor of the brain. He was just 4 years old. It took several doctor visits to get the right diagnosis. Kids with brain tumors usually experience severe headaches, but Grayson never had that complaint.

His mom, Chelsey Chapeau, said she came to realize that Grayson has an amazing pain threshold. Also, he just doesn’t complain – about anything.

“Grayson has taught us a lot about resilience,” Chelsey said. One day, when she picked him up at school Grayson was in a particularly good mood. She asked him if something good happened at school. No, he said, “I just picked joy.”

In the past eight years, Grayson has faced more challenges than any 12-year-old should ever have to deal with. With the help of hyperbaric oxygen therapy he’s been able to move beyond those challenges. 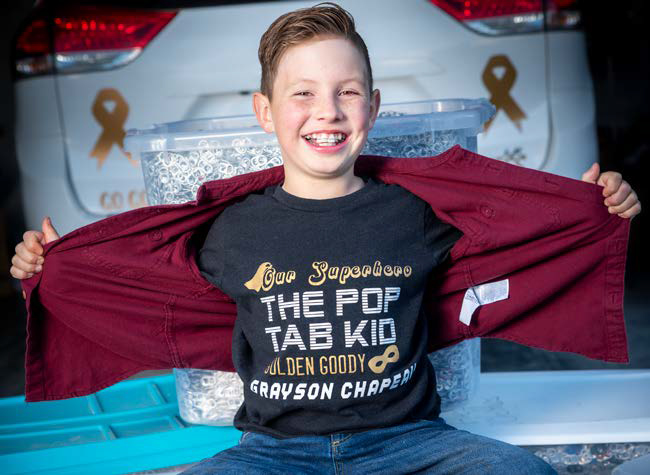 Grayson Chapeau has recruited his classmates from Creekside Elementary and others to help him collect pop tabs for the Ronald McDonald House, a charity that provides a free place to stay for families of kids who are receiving medical treatment away from home.

After his cancer diagnosis, Grayson underwent chemotherapy and radiation treatments under the care of pediatric oncologist Jean Mulcahy Levy, M.D., at Children’s Hospital Colorado. The treatments were administered at the Cancer Care Institute in Rapid City by nationally recognized radiation oncologist Daniel Petereit, M.D.  Although the radiation significantly reduced Grayson’s tumor, his health continued to decline. He had double vision, difficulty with balance, frequent falls and painful headaches. Dr. Mulcahy and her team thought this might be due to inadvertent brain injury—radionecrosis—a side effect that sometimes occurs with radiation treatment for cancer.

He was referred to the Hyperbaric Medicine Treatment Center at Monument Health Rapid City Hospital for hyperbaric oxygen therapy. It’s a treatment that involves patients spending time in a high-pressure chamber filled with pure oxygen to saturate the patient’s circulatory system with tissue-healing oxygen.

Patrick Tibbles, M.D., is the Medical Director of Hyperbaric Medicine at Monument Health. He evaluated Grayson and felt the boy was a good candidate for this life-saving intervention.

“There are several clinical studies that show that this treatment works in a small number of pediatric patients,” said Dr. Tibbles. “It not only saves lives but produces dramatic improvement in neurologic function and clinical symptoms such as headaches.”

Over the course of several months, Grayson was placed five days a week in a hyperbaric oxygen therapy chamber and administered high concentrations of oxygen under pressure for several hours to heal the radiation-injured brain tissue. Toward the end of his treatment regimen, Grayson was able to give high-fives to his doctors, play ping pong with his brother and walk without difficulty. He also experienced fewer headaches. 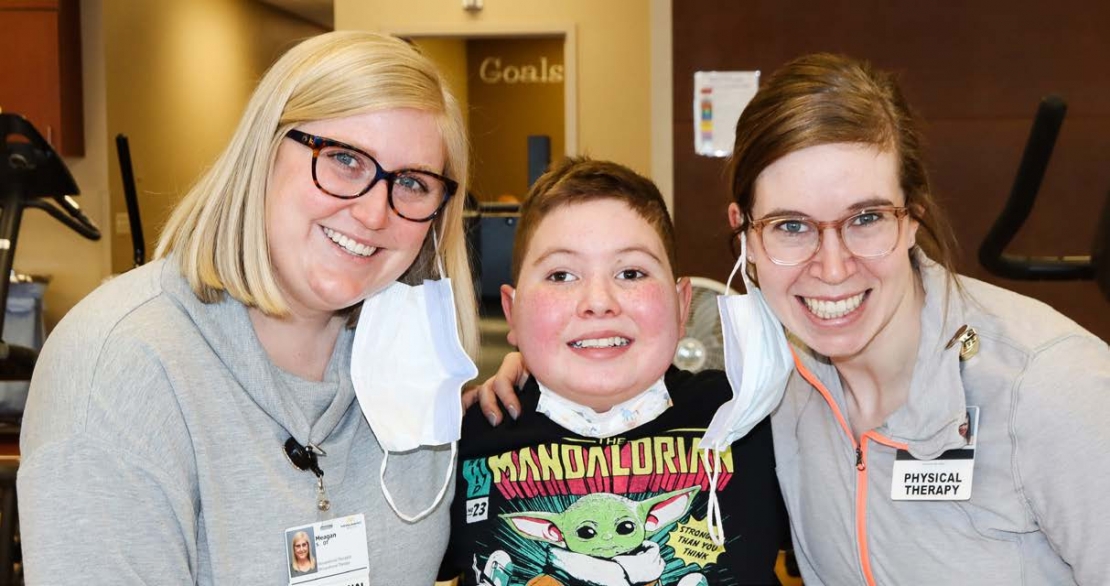 Grayson works regularly with and Occupational Therapist Megan Stephens, left, and Physical Therapist Elizabeth Howorth at Monument Health Rehabilitation in Spearfifish. “Grayson’s the best,” said Elizabeth. “He puts a smile on our face every time.”

In addition to his hyperbaric treatments, Grayson works twice a week with Physical Therapist Elizabeth Howorth and Occupational Therapist Megan Stephens at Monument Health Rehabilitation in Spearfish. Elizabeth helps Grayson improve his mobility through activities such as bicycling, jumping and dancing. Megan helps Grayson improve the fine motor skills in his right arm.  When he started these therapy sessions, Grayson couldn’t even get up off the floor by himself. With each session, his motor skills have improved, Elisabeth said. “Grayson’s the best. He puts a smile on our face every time,” she added.

A fifth-grader currently attending Creekside Elementary School in Spearfish, Grayson is well-known at school, where he gives free hugs to teachers. He’s also a favorite among the doctors and caregivers in the Hyperbaric Medicine Treatment Center.

Grayson also persuades other kids to help him raise money for the Ronald McDonald House through a Pop Tab Challenge. He enlists his schoolmates to collect the tabs on the tops of aluminum beverage cans.

Earlier in his medical journey, he traveled to Minnesota to see specialists. That’s where he learned about Ronald McDonald House. Even though the family has never stayed at one, Grayson was inspired by the idea of having a place where families of extremely sick children could stay.

In his first Pop Tab Challenge, Grayson collected 88 pounds of tabs. In the second year, 433 pounds. For his third year, he set a goal of 500 pounds – and collected 867 pounds. This spring, he had 1,700 pounds, well on his way to this year’s one-ton goal.

Hyperbaric oxygen therapy, sometimes called HBOT, is a type of therapy in which patients breathe 100 percent oxygen at pressures two to three times the normal atmospheric pressure at sea level. Oxygen enters the body through the lungs. It’s picked up by the hemoglobin and delivered throughout the body. The process elevates oxygen levels in blood plasma, stimulates new blood vessel growth, fights bacteria, reduces tissue swelling and dissolves pathologic gas in the brain, heart and muscles. Hyperbaric therapy is a well-established treatment for radiation-injured tissue in various parts of the body including the intestines, bladder, jaw and other soft tissue areas, such as breast and the abdomen. It’s also used to treat patients whose diabetes has damaged blood vessels and ulcers in their extremities that won’t heal. It can also treat carbon monoxide poisoning and decompression sickness.

Monument Health Rapid City Hospital has two hyperbaric chambers. Patrick Tibbles, M.D., Medical Director of Hyperbaric Medicine at Monument Health, said the only discomfort patients feel is the pressure on ears, similar to diving or swimming. Once they learn to equalize the pressure and clear the ears, the discomfort goes away.

Grayson once asked his mom why people are always telling each other to “have a great day.”  To Grayson, the phrase implies we can’t control the kind of day we’ll have. So he changed it to “Make today great.” The family made the saying into a T-shirt for Grayson to wear. Chelsey is amazed by Grayson’s poise and maturity when he interacts with others. “He takes the time to engage with everyone he meets, and he makes them feel like a million bucks, she said. “He’s wise beyond his years.” 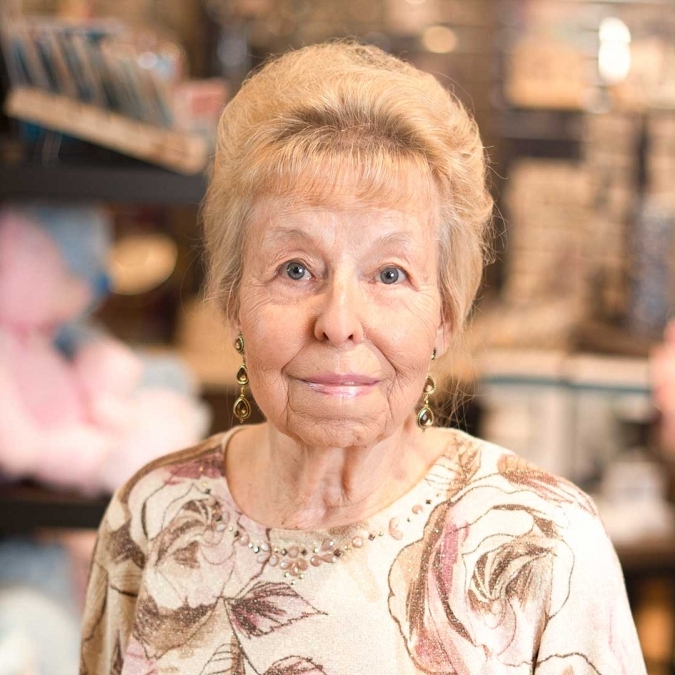 Meet Shirley Bell, a volunteer in the Rapid City Hospital gift shop at Monument Health - a position she has held for 45 years. 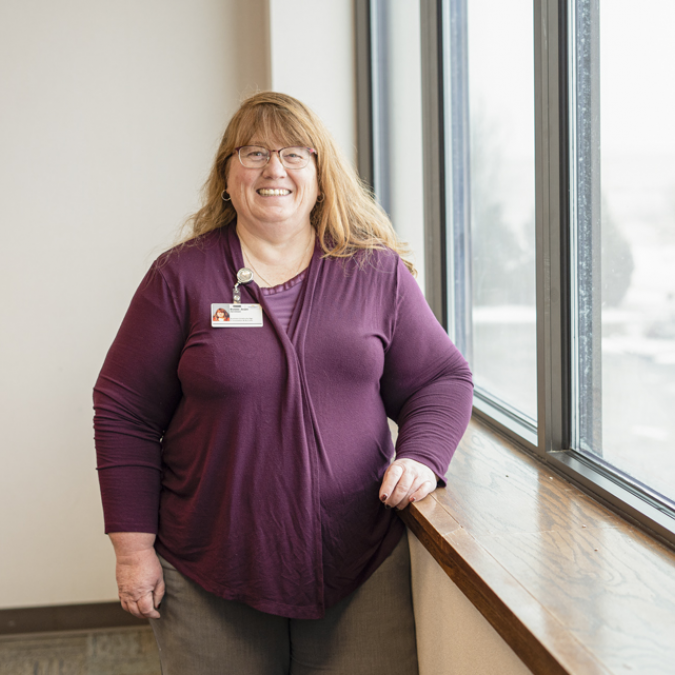 Bobbi Jean is one of Monument Health’s most active volunteers. On top of her full-time role with Information Technology she also has volunteered more than 260 hours of her time since July 1, and logged more than 600 volunteer hours in Fiscal Year 2021. 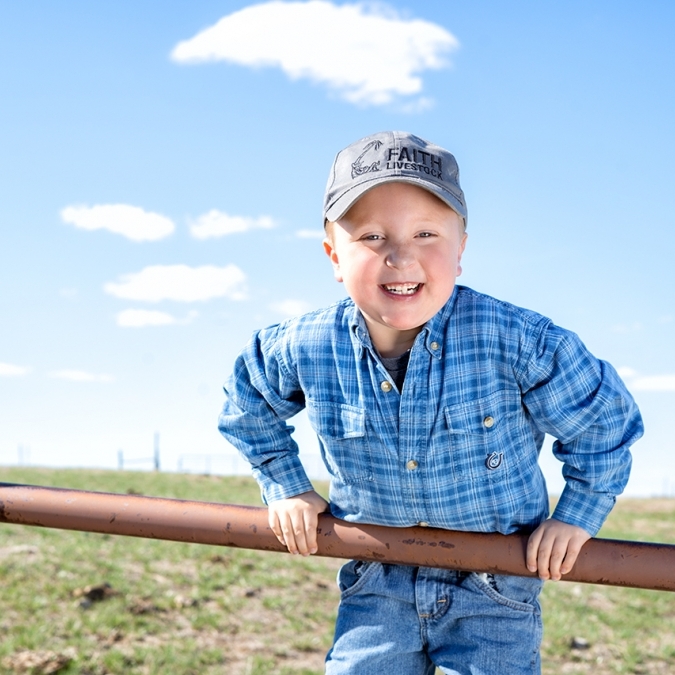