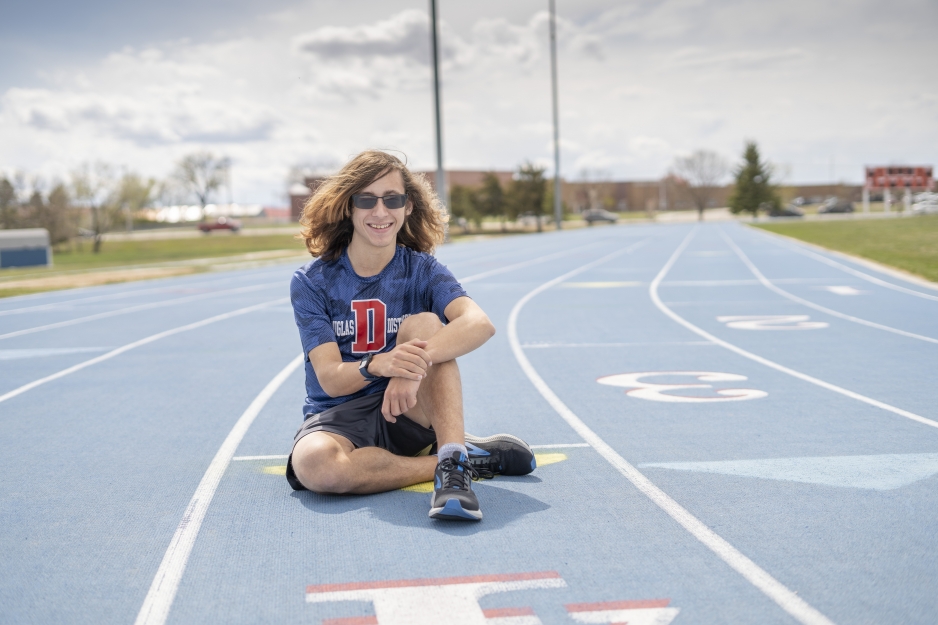 When you look at Colin Gholson, you see an active, healthy teen. He spends a lot of time running; he’s on both the track and cross country teams at his school. “That’s been a big thing in my life,” Colin says. “But a bigger thing has been playing piano. I’ve been doing that since I was six.”

Colin plays in his school’s jazz band, and loves that it gives him the opportunity to have fun with different musical styles, including a jazz rendition of the Sesame Street theme.

Like most teenagers, Colin has a lot on his plate. Unlike his classmates, however, he has an inherited condition known as autosomal recessive polycystic kidney disease (ARPKD). The condition causes abnormal development of the kidneys and liver, and eventually leads to organ failure.

ARPKD is rare, occurring roughly once in 25,000 children, and can be deadly in the first month of life. Colin spent the first two months of his life in the Monument Health NICU, but since then things have been fairly normal. “You know, as long as I manage it there are really no problems. I just have to stay hydrated and take my meds,” Colin says. 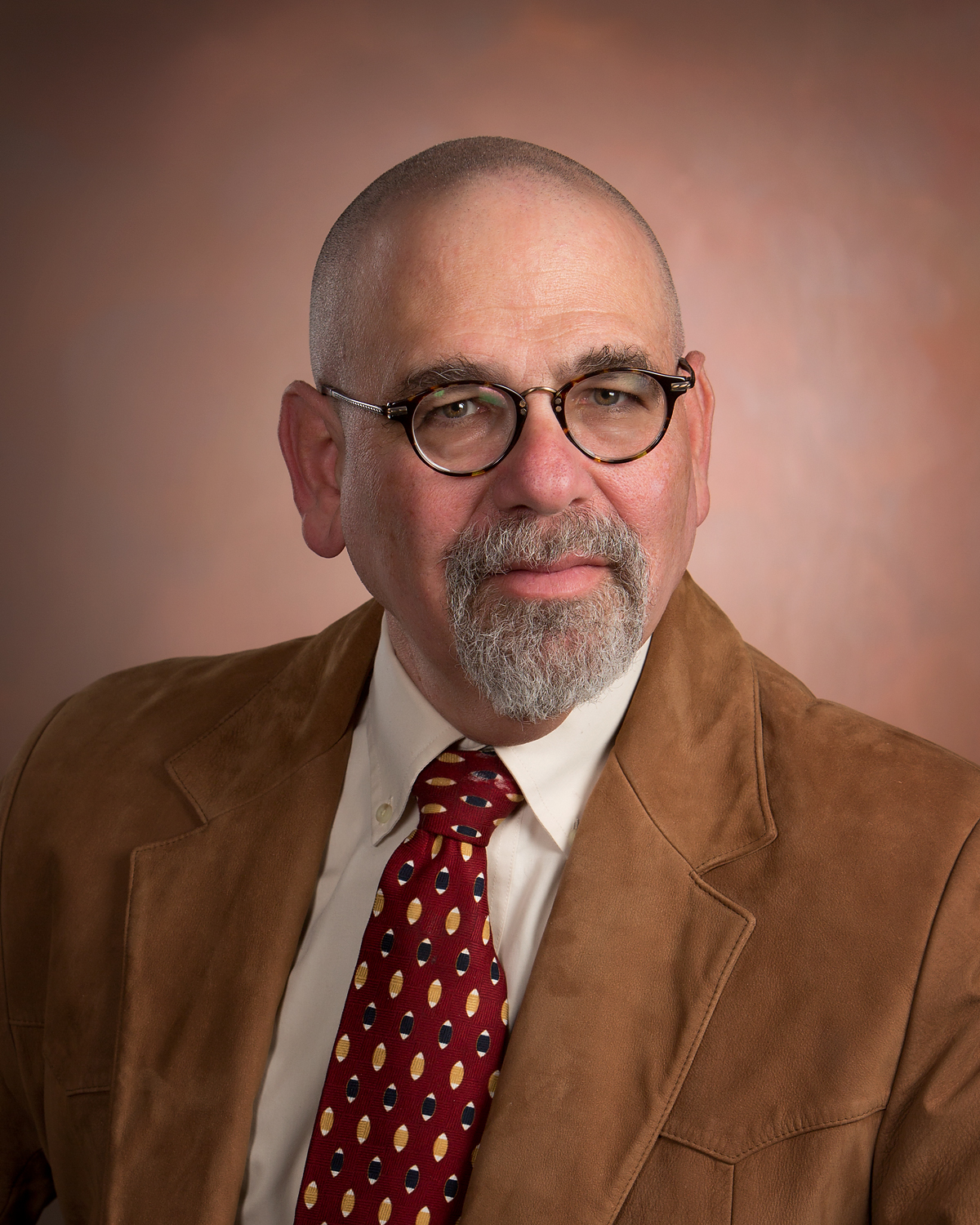 “ARPKD is a genetic disease that requires both parents to carry the trait, and there is a 25 percent likelihood of their child exhibiting the disease associated with that trait. There’s no cure to speak of. In Colin’s case it’s simply keeping up with the progression of the disease, and an eventual transplant will restore the function of the organ and alleviate many of the disease’s symptoms. I actually have a picture of Colin sitting on my horse from many years ago — I followed his family for some time, and they’re lovely people. They have always been able to roll with the punches and stay optimistic about the future.”

For children who survive the initial challenges, kidney failure is almost always a looming threat. Because of this, Colin was placed on the transplant list in 2019. “They told me that I would need a transplant in six months,” he says. “We found a donor, but I haven’t needed the transplant.”

Colin’s mother, Jennifer, explains the surprise when they learned he wouldn’t need the transplant. “The team in Minneapolis really weren’t sure what happened. We thought we were just biding our time, waiting for the folks in Minneapolis to say, ‘okay, it’s time to do this based on how you’re feeling and how the numbers look on your lab work,’ but he never started feeling worse, the lab numbers actually improved and they’ve been steady since then.”

Colin has a living donor should he need the transplant, and he is still on the United Network for Organ Sharing (UNOS) transplant waiting list. For kids with ARPKD, a kidney transplant isn’t a cure — and requires the lifelong use of immunosuppressant medication — but it can restore the majority of kidney function.

Colin is happy to bide his time on the transplant list. He’s too busy running, playing piano, and — like most teens — hanging out with friends. The time may come when he needs it, but for now he’s just happy to take each day as it comes.

Every year, Children’s Miracle Network Hospitals select a CMN Champion. These individuals become ambassadors for the 17 million children treated in CMN hospitals each year. Colin was selected as Monument Health’s 2020 CMN Champion and will also serve as the 2021 CMN Champion. In his role, Colin will be featured in various campaigns throughout the year to share his story and help increase awareness about the amazing work being done at Monument Health every day with the help of CMN. Providing special equipment in the hospital’s NICU where Colin received care, and funds when he needs to travel, are just a couple of the many ways CMN helps make medical miracles happen. 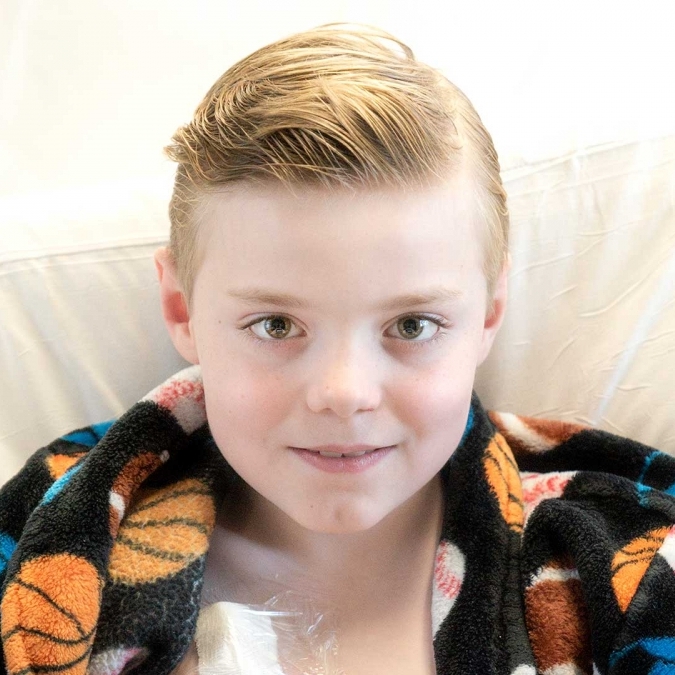 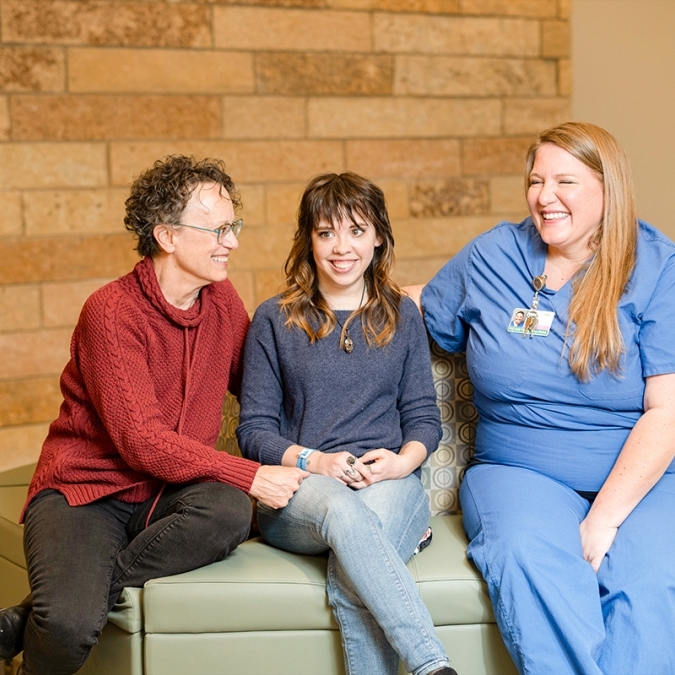 Cover Story: Together We Can

When Kate Frye was diagnosed with lung cancer, she made a promise. Read her story and learn how the Cancer Care Institute’s expansion will help future patients like her. 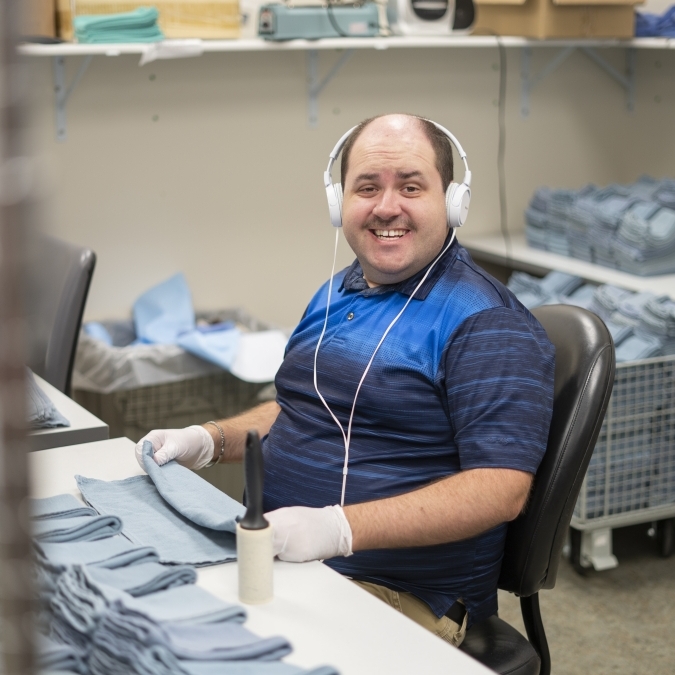 After leaving Rapid City — the town where she grew up — to complete her Family Medicine residency, Dr. Davis returned to the area to treat patients in the Black Hills.